SHOP WITH US
IN-HOME CONSULTATION

How to Get Commercial Free TV

How to Get Commercial Free TV

Only a decade ago, it was still difficult to think about watching television without commercials. Imagine never having to hear, “We’ll be right back after a word from our sponsor.”

Now, in 2020, commercial breaks and long advertising segments are not only bad practice, but nearly a thing of the past. We’ve welcomed innovative technology and devices into our households capable of keeping up with our ever-changing content viewing habits.

Television used to encompass the networks you paid for and watched from your physical TV set. Now, the physical TV is only one of our many devices we may choose to consume our favorite show (which may not even originate from traditional TV!). Our mediums range from not just TV, but to our smart phones, tablets, gaming systems, and other digital devices, and not only that, but the content on each device doesn’t come from any single provider!

Without a monopoly on cable networks, streaming services and internet services now provide their own original content, purchased licenses to stream television content, as well as host a vast library of other materials for viewing. It’s almost rare in America today to find a show that all households rally around at the exact same time, when we’re able to watch wherever, whenever, and however we choose.

With power seemingly back into the hands of the viewer, demands are being met. Why watch commercials and waste time on ads, when we’re here for the show? If you think about it, the upcoming generation is experiencing close to no ads. They’re accustomed to skipping ads or never seeing them at all.

So, why stay bound to traditional cable services or providers when streaming is more competitive? If you’re used to just the television medium, then fear not – you don’t have to discard cable for another option just to get rid of commercials. Although network stations are trying to adapt the demand for fewer commercials and more content, you don’t have to wait for them to catch up.  There are so many options between smart TVs, DVR, and streaming services.

What are streaming services?

Streaming is the online, digital form of on-demand, multimedia given to viewers through an established streaming provider (e.g. Netflix, Hulu, Amazon Prime Video). Streaming provides a variety of services, ranging from movies, television shows, live television, sports, originally created content, and live streams from the internet. Compared to traditional cable and satellite packages, streaming services tend to run on month-to-month or year subscriptions at rates cheaper than what one-month typically costs for a robust cable package.

Streaming services are truly filling the demand for ad-free and seemingly unlimited, on-demand content, online and offline. And because the competition is fierce among the streaming providers, the consumer is the real winner. Mad about Friends removal from Netflix? Well, Hulu has similar pricing, may pick up the license at any moment, and canceling Netflix is now as easy as the click of a button! Want to pay less for more services? Then find a bundling option!

What can I stream television on if I don’t have a Smart TV?

The most popular streaming devices on the market today are:

What are the best commercial-free streaming services available on the market?

At only $7.99/month with up to six personal profile viewers, Hulu includes many on-air TV shows and movies from a variety of networks, alongside many Hulu original shows that have garnered massive fan followings, 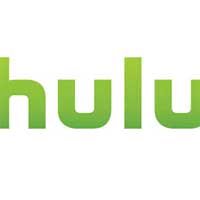 such as The Handmaid’s Tale or Killing Eve. Hulu is great for streaming on-air shows, as Hulu doesn’t make their viewers wait to catch up with cable viewers, typically posting episodes a day after they air (meaning, you won’t have to avoid social media for long when The Bachelor is in season because you’ll be watching right after cable viewers). For $39.99/month, you can have access to the Hulu With Live TV plan, which includes 50+ live and on-demand channels.

However, the $7.99/month plan is not commercial free and you cannot skip ads. To add no commercials, your Hulu subscription will run at $11.99/month.

Now a staple in American culture, Netflix started off as a DVD ship-to-home rental service to streaming in the home from all of your favorite devices. Netflix is renowned for being ad-free on all tiers and tied for being the cheapest plan in the streaming services (although it is one of the cheapest ad-free services). 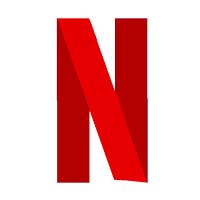 Netflix also has a range of plans to choose form. For $7.99/month, you can watch in standard definition from one device. For $10.99/month, the Standard plan provides HD viewing  on two devices. The Premium plan increases to $13.99/month with ultra-high definition and streaming on up to four devices.

+ All plans are completely ad-free

Amazon Prime Video is worth looking into if not just for the incredible original shows, like The Marvelous Mrs. Maisel, but also for the fact that it’s already included in your Amazon Prime subscription! At any level of the 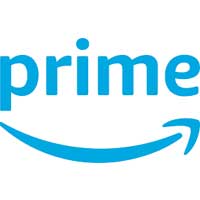 + Original shows post entire new seasons, rather than releasing one episode/week (which is perfect for those who are binge-watchers!)

If you’re a Disney fanatic, then you’ve probably already jumped on the bandwagon for the latest streaming service, Disney+. With all of your Disney favorites in addition to Pixar, Marvel, Star Wars, National Geographic, and 20th Century Fox productions all in one place, plus 4K streaming and offline downloads, you can bring the magic straight to your device. The lowest cost on this list for streaming services, it only costs 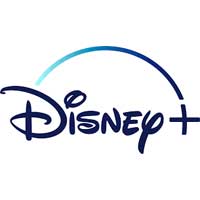 $6.99/month or $69.99/year, after a 7-day free trial. Like other streaming services, it brings oldies to the service, as well as original programming exclusive to Disney+.

+ Stream on up to four devices

After years of speculation, Apple recently introduced their response to Hulu, Netflix, and Amazon with their own Apple TV+. Ad-free, on-demand, and viewable online and offline, Apple TV+ is a competitive choice for 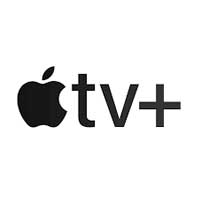 ad-free television. Although new to the game, viewers should keep an eye on Apply TV+ in the coming months and years, as Apple is investing heavily in keeping it competitive.

+ Apple TV is a streaming ad like any other, meaning it’s accessible on iOS, Mac, Roku, Fire TV, and various other television manufacturers

HBO has had (arguably, of course) some of the greatest shows and movies on modern television all within the last few decades, like Watchmen, The Sopranos, Silicon Valley, and Game of Thrones. Advertising and HBO have also never gone in the same sentence, seeing as HBO has always been ad-free. HBO Now is $14.99/month, and HBO GO is technically free with a subscription from your cable provider, which can range

from $5 to $20/month (depending on the provider). In a reversal, as of 2019, HBO Max is the first HBO service to incorporate commercials, coming in at their lowest price of just $8/month (with ads). Rest assured that customers who use HBO via cable packages and HBO Now will not start seeing ads because of the introduction of HBO Max.

Some services you may not have heard of yet (on the non-traditional streaming services range):

Not into streaming? How can I avoid commercials otherwise?

With all the competition vying for your views, traditional TV ratings are declining, and broadcast and cable networks have sought out new selling strategies to advertisers. In 2018, networks began to cut the amount of commercial time during their shows, and shorten the commercial slots. Companies have also started offering consumers cable packages that charge you more money to skip ads.

On the other end, there are DVR options that let you keep your favorite cable networks, but watch without advertisements.

The DirecTV DVR and remote feature a slip-forward button, meaning that it isn’t a set amount of time to fast-forward, but a bar that you can slip forward on the timeline to where you want it set. To program the remote to 30-second intervals (or whatever time desired) requires further programming that may require assistance from a professional.

On the newer Motorola DVR, the skip feature isn’t included, but you can program the DVR to have a 30-second skip button that works for pre-recorded shows, cable mode, and certain live TV events.

While TiVo doesn’t technically skip commercials, you can change the “skip to the next part of the show” into a 30-second skip function. However, if the TiVo loses power, resets, or has a software update, the command to skip commercials will have to be reset. This feature doesn’t work on live TV, though.

Even if you have an older remote, take another look – there’s likely a 30-second skip ahead button that works for at least pre-recorded programming, or paused live TV.

What if my provider doesn’t have a fast-forward option?

Some providers are preventing users from skipping commercials on their provided DVRs. This is likely due to pressure from the content providers to keep visibility on their ads for revenue, but with the shift to ad-free TV, this is likely driving users away. Although traditional networks might move towards shorter commercials, they’re hardly competitive with cheaper, hassle-free and ad-free streaming services.

Audio Video Charlotte: We’ll help you spend more time watching your favorite content, without any of the hassle!

With great content comes great responsibility, and Audio Video Charlotte is here for any of your audio and video needs. With great and convenient content more available than ever, don’t waste your time on ads! Whether you have questions about adapting your current devices to access ad-free content, setting up streaming services, or inquiries on installing audio and video in your home, reach out to Audio Video Charlotte today.

About the Author: Tayler Green